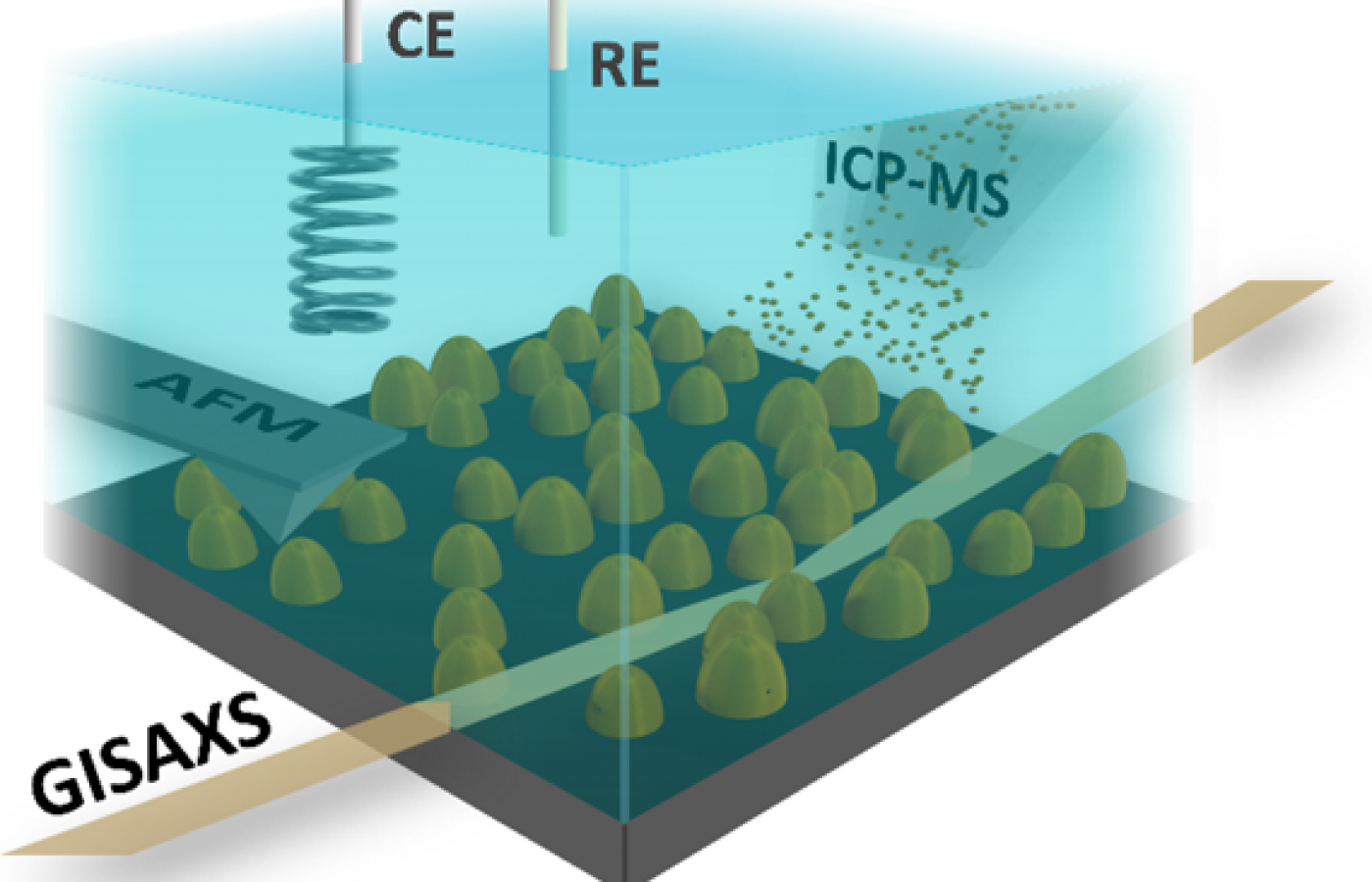 In February this year, we reported on a study of the impact of simulated operating conditions on a Pt-Ni catalyst. Now, Dr. Ivan Khalakhan and coworkers have further deepened our understanding of changes in this type of catalyst under operating conditions. The article "Evolution of the PtNi Bimetallic Alloy Fuel Cell Catalyst under Simulated Operational Conditions" has been published in ACS Applied Materials & Interfaces.

The functioning of a proton-exchange-membrane fuel cell (PEMFC) relies on catalysts dissociating hydrogen molecules at the anode side and oxygen molecules at the cathode side. In most existing PEMFCs, the catalyst on both electrodes is platinum, which is a major reason for their high cost. The team around Prof. Vladimír Matolín invented a cheaper yet efficient anode catalyst already in 2015, but finding an alternative catalyst for the cathode side seems to be a harder problem.

A promising approach is to combine platinum with a transition metal, e.g. nickel, into an alloy. This both reduces the amount of platinum and increases activity, but issues with stability and durability have been encountered. This is why the team of Dr. Khalakhan, Prof. Amenitsch (TU Graz), and eight other researchers conducted a very detailed study of changes in a thin-film PtNi alloy catalyst during potentiodynamic cycling in an aqueous acidic electrolyte, which simulates fuel cell operation. The catalyst was analyzed in situ by electrochemical atomic force microscopy (EC-AFM) and by grazing-incidence small-angle X-ray scattering (GISAXS), and leached atoms of the catalyst were analyzed by inductively-coupled-plasma mass spectrometry (ICP-MS) using an electrochemical scanning flow cell. These advanced techniques allowed the researchers to gain deep insight into the catalyst degradation.

The results are described thoroughly in the article and its supporting information. In short, the catalyst is effectively stable when cycled to no more than about 1.0 VRHE, which corresponds to normal fuel cell operation. However, pronounced changes occur when the upper potential is higher, which corresponds to abrupt startups and shutdowns of a PEMFC.

The study is one of only a few similar studies. It was partly carried out in the framework of CERIC and CEROP. CERIC has highlighted the study, reflecting its experimental quality and utilizable results.